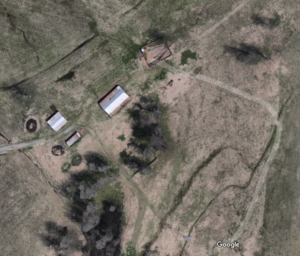 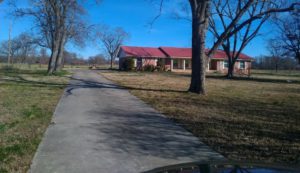 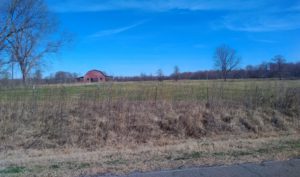 Before we moved in late summer of 1960, my dad purchased a Tennessee Walking horse, his name was Traveler. So thus began my relationship with horses. I never realized how Huge they were until then. But this one didn’t last long. The only time that I can remember my mother being on a horse was with Traveler. She was riding him, he was in a gait and when he stopped, she kept going right over his head. She was not hurt but needless to say, she never rode another one for the rest of her life.

The second one dad purchased in 1960 was a two year old quarter horse, named Poncho. All I remember about  him was that he liked to bite. He took a hunk out of my dad one day, and that horse was headed to the sale barn. For a 10 year old, with no experience, this was getting frustrating.

During this time, he found the ideal horse for me to learn on. A 16 or 17 year old mare. Very gentle, My mother named her Maude. But she couldn’t gain weight, and looked very poor. In fact her Hip Joints were very pronounced. So pronounced, my younger twin sisters would ask “Daddy why are her bones so big?”

This brings us up to early 1962 and I had been riding Maude for about 2 years. I looked and felt like a cowboy. Had my straw hat, several western shirts, jeans and a pair of boots, there was not much else around at that time that a 13 year old teenager could consider horse memorabilia. And only the local western store had horse things and I wasn’t into fine horse jewelry. My mother had purchased a paint by number set for me of two horses.

This is about the time that things began to change for me in the horse world.

New horses on the Ranch

My dad registered a name for our ‘farm’ called the Lazy E ranch. An E laying on its side, ω, was our brand.

Dad came in from the stock barn one afternoon and told the family that he had bought 2 more horses. A pair of white quarter horses. They were full sisters. I was all excited. Their names were Nancy and Tina. They were about 8 years old and my dad had in mind raising colts. We picked them up a few days later and I was very happy. Being full sisters, you would think they were alike. They looked identical but Nancy had one slight problem. She was an albino.

We kept the two of them for 3 or 4 years and my dad even found an old horse drawn wagon, wood spoked wheels with steel rims, very similar to a buck board wagon. He had a two sets of decorative harness that a friend had given to him several years before. So I was able to really pretend that I was in the wild west. The family would hitch up the team and go riding around in the pastures. But I still preferred riding in the saddle.

The neighbor across the highway had moved in a couple of years before this and was a horse owner and breeder. He had a 16 hands tall bay Stallion named Big Red. So dad worked out the arrangements and Nancy got to spend a week with Big Red. And I had only been able to ride her for about 3 months. During the next year i didn’t ride Nancy much but settled on Tina. And continued improving my horsemanship skills.

A year later we had a new foal in the family. She was a filly, born in the early summer out in the pasture. I couldn’t wait to get out to her. My mom named her Peela meaning yellowness or sand colored. But she was not a full Palomino, my dream horse at that time.

We started working with her when she was 6 weeks old. When she was weaned from the mother, we started ‘gentle’ breaking her and I really wanted to be riding her. One step at a time my dad kept telling me. So I had to be content with Nancy and Tina and my Western Horseman magazines.

i was able to find me a horse sweatshirt and would wear it when riding in the fall and winter. In the fall of 1964, I was injured in football practice at school. I was in a cast for 3 months, on crutches for 4 months. My dad seeing that I would be out for some time the following summer sent her off to a young man that finished breaking her to ride. During this time I had to be content with books I had found on the world of horses and all breeds of horses.

It was about this time that dad sent Nancy back across the road to have another visit with Big Red.

In late fall 1965 the second colt was born. A colt is a male foal and my mother had to name him too. His name was Pierre Gustav Toutant Beauregard. We called him Pierre for short. But in confirmation and size, he was not as big as Peela was when she was born. I was back to riding and having fun with my new transportation. My twin sisters never had any desire to ride especially after they saw me thrown off of Peela a couple of times.

SInce the young man had done such a great job breaking and training Peela, dad decided when Pierre was 14 months old that he would send him to him also in early 1967. By this time I was in high school, in the city and living on the ranch. I had 3 primary concerns all the way through high school, besides my schooling and those were fishing, hunting and my horses and of course work on the ranch. Girls were the last thing on my mind at that time unless they had a horse. Hunting and fishing were secondary. And I soon found out that very few city kids had a horse for a backyard pet.

I started looking for more western horse clothing and the kids at school knew more about me and I would always have stories to tell them about my adventures.

When Pierre was finished with training we went and picked him up and I could tell a world of difference between him and Peela. We had him gelded when he was a year old. He just didn’t seem to have the same spirit that Peela had. He seemed more docile. But for the next two years through high school and early college, I spent equal time with them both. Pierre had a little more golden yellow color like a Palomino and he also had a small blanket of dark spots on his left hindquarter and right front foot. Appaloosa blood? Perhaps.

The Best is yet to come

During the time that all of the above was going on there were things happening behind the scenes between my dad and a younger horseman friend that he had met. And all of these things had to do with a half through-bred race horse named Squaw.

Could it get any better than being 16, and having two wonderful, smart horses? Yes even Pierre had his smart days.

I have gone back and have been inserting pictures on previous posts. These pictures were taken in this last…

Spring 1968, the end of my Junior year of High School. If I remember correctly we picked up Squaw…